Some people have criticised the Assassins Creed: Valhalla computer game which came out last year for being excessively violent. Long and bloody execution scenes are common, with no option to skip. Even by the standards of the Assassins Creed series, this is taking things a step further.

Jane Skjoldli, a self-professed gamer, is part of the Back to Blood Research Project at the University of Stavanger in Norway which aims to look at Viking representations in popular culture. She says that the game is based on a specific view of the Vikings, which sees them simultaneously as brutal warriors and traditionally masculine but also with progressive views on gender. The series has sometimes been praised for historical accuracy but this time we get a mythologized Viking World which combines the old religion and stave churches and various epochs of the Viking era. The game seems more inspired by The Vikings TV series than history.

At least they didn’t have horns in the show. That particular trope was invented by Carl Emil Doepler who was tasked with producing Wagner’s Niebelungenlied in 1876. A century of misconceptions in popular culture followed. Perhaps the History Channel take is the Doepler effect of our day?

Meanwhile, the game has been changed and you can now skip the gore. If you like.

The Viking version of Assassin’s Creed is surprisingly violent, according to researcher (sciencenorway.no) 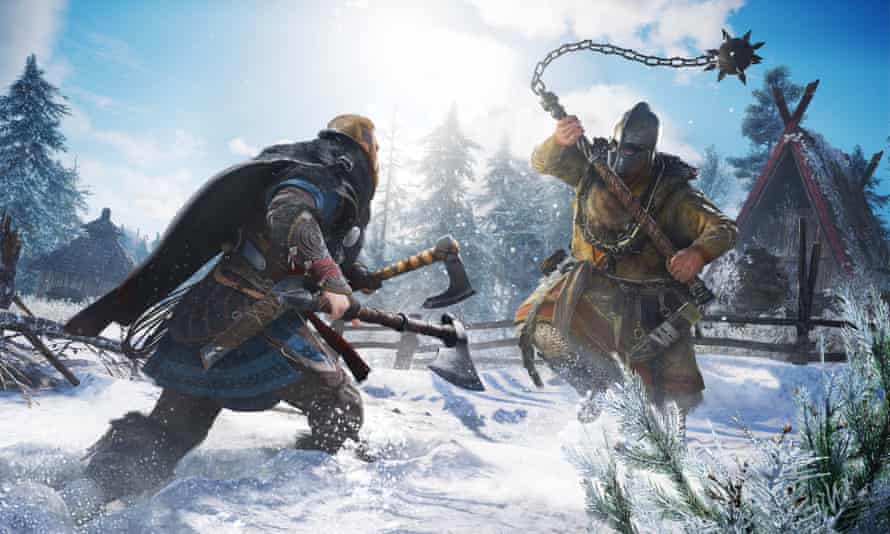 There are several mentions of children in the Icelandic Sagas. One tells of two Vikings who play a game of tossing an infant between their spearpoints. A third Viking, who does not want to take part, is ridiculed and accused of liking children too much.

Another more joyful story tells of Egill Skallagrímsson, perhaps the most Viking-like Viking of them all who, who sneaks into a party at the age of three, gets drunk for the first time, and composes his first poem. It would take another four years until his first manslaughter.

Sadly, neither of these stories is likely to be represented in Lana Longbeard, a new cartWickeoon set to debut in 2023. The show will consist of 52 eleven minute episodes and is a Canadian, French and German co-production. To German speakers and Japanese, the most famous Viking is Wickie who had is own cartoon series in the 1970s and more recent live-actions films and shows. Many Germans erroneously think him to be based on an Icelandic story, but the original book is actually by Swedish Runer Jonsson.

Lana is a tween who sets out on her father’s ship to become a great adventurer. We will see if she heads east, or west, or both. 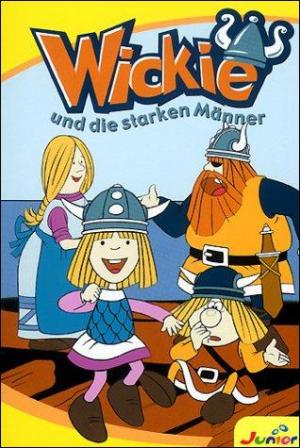 So the good news is that the Norseman, Robert Eggers’ 10th Century Icelandic=set epic starring Nicole Kidman, Alexander Skarsgård, Willem Dafoe, Ethan Hawke, and Björk, of course, has got a release date. The bad news is that we have to wait almost a whole other year, as it won’t be out until April 8 next year. Well, at least the cinemas should be open by then and one should no longer have to navigate the rigours of eating popcorn with a mask. And seeing Björk play a Slavic shaman will surely be worth any wait.

Our very own Neil Price, archaeologist and Viking expert, went through some of the biggest Viking films of all time. As was to be expected, he found much inaccuracy in the details but nevertheless felt that most of them captured something of the feel of Vikings, which is no small praise coming from someone who is one of the world’s leading authorities on the Viking mind (and author of a book of the same name).

For our purposes, perhaps most interesting is The 13th Warrior from 1999, starring Antonio Banders as Ibn Fadlan, the famous Arabic chronicler of the Vikings. The film is admittedly very loosely based on his accounts, and Neil does point out some of the flaws. Nevertheless, he says that it captures some of the cultural exchange that did take place along the Volga 1100 years ago, with various cultures conversing through interpreters. The Arabs, being the main protagonists, here speak English as cinema Vikings are wont to do. In this case, however, the Norwegians speak modern Norwegian. Shouldn’t they have gone for Icelandic instead?

Neil even has a kind word to say for the Marvel Universe Thor films, pointing out that it’s fascinating that people are still interested in stories first told around 1500 years ago, however much has changed in the retelling.

But the best and the worst is reserved for one of the first big-budget Viking films in Technicolour, the aptly titled The Vikings from 1958. While he says that the Vikings are  dressed unhistorically as cavemen, he is impressed that the hero is shown jumping between oars to show is prowess, a feat attributed in the Sagas to Olaf I. of Norway and here shown for the only time in cinema.

The story is not about the famous Olaf, however, enthusiasts of whom should be directed to the Icelandic film White Viking from 1991. The Vikings recounts the story of Ragnar Lothbrok and his sons, lately seen in the TV series of the same name. The aging Ragnar is played by Ernst Borgnine but the leading role goes to one of his sons, played by Kirk Douglas. Kirk himself is a Rus of sorts, being born Issur Danielovitch to Belarusian parents in New York. Everything always leads back to the Rus.

2020 is about to leave us and no one will be sad to see it go. Of course, it’s been 10 days since the solstice and so technically a new year has already begun. The day grows longer by a few minutes each day and soon it will be time to plant the crops again. But for the Vikings (probably) the equinox was the first day of a 12 day feast and when the party’s over, a new year begins. And so it is to this day, more or less.

The series begins with the raid on Lindisfarne in 793. This is led by the probably mythological Ragnar Lothbrok, though even the myths don’t credit him with the raid, as he is said to have lived somewhat later. By the present and 6th series Ragnar is dead but his sons have come into conflict with Oleg of Novgorod, thought to have reigned from 879 to 912, although inevitably scholars dispute the chronology and some put him a few decades later. In any case, both Ragnar and his sons seem to have reached Old Testament ages, according to the show.

The first part of the 6th season ended with Oleg invading Scandinavia, which is not only historically but also geographically inaccurate. A Rus invasion of the Nordic countries would probably have been as unthinkable militarily as it was politically, although longships certainly did sail back and forth. The Slavic steampunk look with hot air balloons and all does little for authenticity.

Still, Eastern Vikings scholars can have some fun spotting other famous Rus figures, such as Igor and Askold, but the greatest fun to be had is in pointing out the inaccuracies to non-specialists. If they will have as much fun is another matter, but if not, they are advising us to spend New Year’s Eve alone anyway.

Nicole Kidman, Alexander Skarsgaard and Willem Dafoe are among the actors in the eagerly awaited Viking epic The Northman. The idea for the film, which is apparently about a Viking prince seeking revenge in Iceland, can be traced to a dinner party that Björk held some years ago. Director Robert Eggers and his wife were on a trip to Iceland and, like anyone would, expressed interested in meeting Björk. Unlike most people, however, they were summarily invited for salmon at the Björk residence, even if they had never met before. Björk also invited her friend and sometime collaborator Sjón to the dinner. It turned out Sjón was a big fan of Eggers debut film The Witch, and Eggers was similarly a fan of Sjón’s 2008 novel In the Mouth of the Whale. Both, as it happens, are about 17th century belief in magic, where the supernatural is ingrained in the world view of the characters. This led to the two collaborating on the screenplay for the upcoming film where, as previously mentioned, Björk will play the role of a Slavic witch. This marks the songstress’ first foray into acting since Lars Von Trier’s Dancer in the Dark from 2000, and one of few examples of Vikings interacting with Slavs on the big screen. In an interview with Icelandic National Radio, Sjón said he would rather fail to do a Viking film with Eggers than anyone else. The film will no doubt attempt to capture the Viking mindset in a manner not previously seen.

You can hear the interview here, where Sjón also talks about the movement of myths from east to west, from Asia to Europe, in the past 8000 years (Icelandic only). https://www.ruv.is/utvarp/spila/lestin/23619/923ea3

Filming of the Viking epic The Northman has finally commenced in Northern Ireland, after having been suspended due to Covid-19. The film is directed by Robert Eggers, known for his portrayal of New England historical epochs, such as The Lighthouse (late 19th Century) and The Witch (1630s), often adding supernatural elements. The film stars Alexander Skarsgård and Nicole Kidman and is written by Icelandic poet and novelist Sjón. Perhaps most interestingly, Björk will appear in the film, her role being that of a “Slavic Witch.” The film is set in Iceland in the early 10th Century and perhaps Björk’s character description indicates that connections between the western and easternmost parts of the Viking World will be utilized in the story.

Sjón and Björk have collaborated before. He has been her lyricist on various tracks, including the soundtrack to Lars Von Trier’s Dancer in the Dark for which they were nominated for an Oscar. This was where Björk debuted her famous Swan Dress, so we can only hope she will be nominated again.