The latest work by your humble editor, Bjarmalönd, which is about Russia, Ukraine and surrounding countries, is now out. Written over a 20 year period starting as a Russian Studies student at the University of Helsinki and concluding in Chernobyl during Covid, it is part travelogue, part bildungsroman with a lot of history thrown in for good measure. While the book primarily deals with the post-Soviet sphere in the 21st century, it does go back to the 9th to explore the common origins of Russia, Ukraine and Belarus. And perhaps how different takes on the origin story still influences people today.

Bjarmalönd is currently at number 1 on the Icelandic non-fiction charts and can be bought here in ebook and hardcopy (Icelandic only). 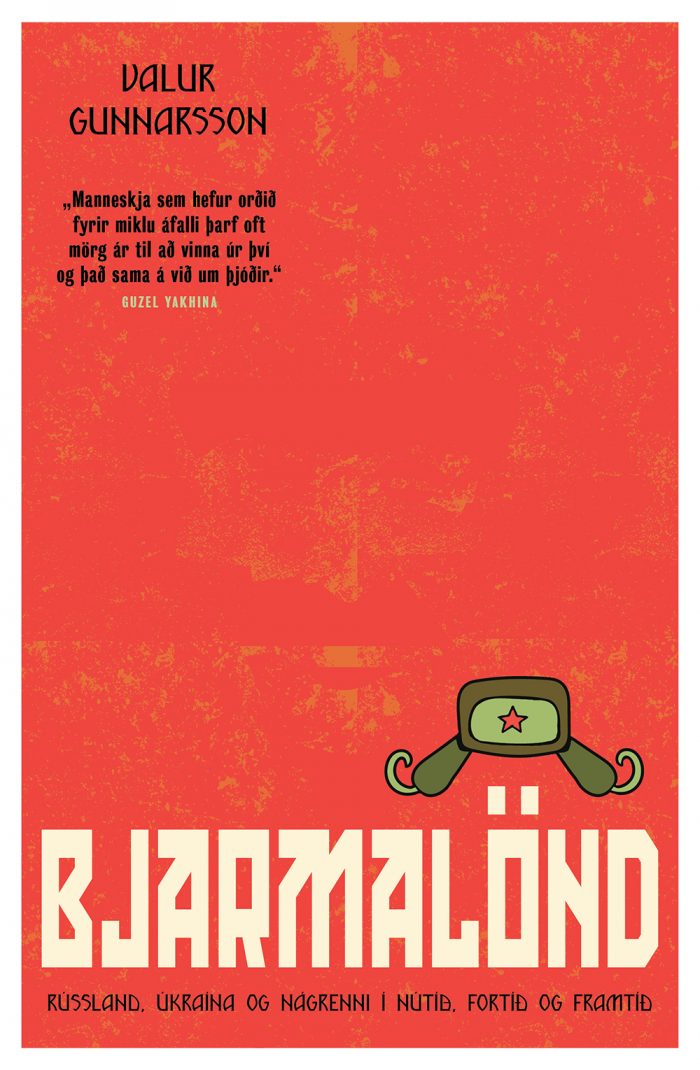 Today is World Book Day (almost) everywhere except in Britain, which feels it must go its own way and celebrate books on March 4th. Ironic, considering that the day was chosen since it was the day that Shakespeare died, as well as the Spanish Miguel Cervantes.

More interesting for Norse scholars is the fact that yesterday marked the first day of summer in Iceland, this then being the second. The first day of summer is the first Thursday after April 18th, this year landing on the 22nd. True, it does not always feel very summery on this day, and has been known to snow. In fact, if there was frost the night before as did sometimes happen, it was said that summer and winter froze together, and this would auger a good summer for farming.

Choosing this day as the official start of summer (and it is in fact a public holiday in Iceland since 1971) makes sense if one keeps in mind that the year was divided in two equal halves. At this time, Harpa would begin, the first of the summer months. The tradition of the first day of summer has been documented as early as the 12th Century in Iceland. In Norway and Sweden, summer was said to begin on April 14th and lasting until October 14th.

We do not know if the old Rus celebrated the first day of summer or when. Present day Russians, like many nations, divide the year into four seasons. This then puts the beginning of spring on March 1st, a day when it is distinctly un-summery in most of Russia. And yet people congratulate each other on the onset of a new spring and, perhaps, on having survived another winter.

Why the first day of Russian spring doesn’t feel like spring at all – Russia Beyond (rbth.com) With the days now longer than the nights, it’s time to start wondering what this year’s spring fashions will bring. Of course, no one will ever be as fashionable as the Vikings, as is obvious from the website of the Danish National Museum.

It may come as little surprise that your average Viking gentleman would wear a simple tunic and trousers combo, while the ladies would go for strap dresses worn over undergarments. The materials used would depend on what was available, usually wool and flax. However, the more stylish (and probably more wealthy) Viking would be seen sporting the latest fashion from that hub of haute couture, the Eastern Roman Empire.

While the riff-raff might be reduced to simple wool, for the better off silk was everything. After all, weren’t the routes that moved product from the Mandarins to the Mediterranean known as Silk Roads? Justinian the Great of Byzantium had used it to display his power in the mid-6th century and the Byzantines would maintain a monopoly on Silk production in Europe for the next 600 years.

But not all silk was equal. Particularly sought after were bright blue and red, as these were seen to signal wealth and power. In Denmark, no one (at least no one we know of) was more stylish than the Mammen man. Discovered by a farmer in 1868 in a mound in Mammen dating back to ca. 971, the man was discovered with the following:

“The buried man lay upon a bed of down cushions in a coffin placed in a wooden chamber – a so-called chamber-grave. At his feet lay two axes. On the coffin lid a bronze bucket, two wooden buckets and a large wax candle had been placed. The man wore costly clothing decorated with purple and red silk, as well as embroideries in red and blue. It is not known whether the deceased was Christian or pagan. The motifs on the one axe can be interpreted as both of these, but the large candle is probably a Christian symbol. The fine quality of the furnishings shows that the deceased presumably belonged to the circle around King Harald Bluetooth.”

Now who wouldn’t want to be seen with such a Ma(mme)n?

The grave from Mammen (natmus.dk)

Easter is, of course, a Christian holiday celebrating the death and resurrection of Jesus Christ. The timing was borrowed from Judaism, as Jesus was said to be crucified during Passover, originally meant to celebrate the first lambs of spring and later the first crops. The Christians borrowed much of the spring motif for their own celebration, which was transported to the north with the advent of Christianity after the year 1000.

But some scholars maintain that Germanic tribes previously had their own Easter traditions. Eostre was the goddess of spring, of morning, of rebirth and of children. This spring goddess once changed her pet bird into a rabbit who would then give children multi-coloured eggs as a symbol of life. Both Easter in English and Ostern in German take their name from Eostre. Both are related to east or ost, which is where the sun rises, symbolising the dawn and a new beginning. Spring is also connected to other goddesses, such as the Slavic Lada and the Nordic Freyja.

The rabbit symbolises fertility but otherwise seems unconnected to the Judeo-Christian tradition. Eostre was first mentioned by the English monk Bede around the year 700 and some scholars claim her to be his invention. However, Germanic-Romano inscriptions were discovered in 1958 near Morken-Harff, Germany which seem to substantiate the venerable Bede.

In Nordic languages, the festival derives from the Romano-Greek Pascha and it is now known as påske or páskar. Eggs were not supposed to be eaten during Lent, and in Eastern Europe pancake week is celebrated at the end of February when the last eggs before Easter are consumed.

Easter happily coincides with the laying of eggs and taxes were even collected in eggs at this time of year. This led to a surplus of eggs which were sometimes redistributed to the poor. In Norway, girls of marriage age would put an egg next to their breast and hand it to their chosen suitor. In some cases, the suitor would even be allowed to retrieve it himself.

Chocolate eggs first became known in Iceland in the early 20th Century, a custom imported from Denmark. The custom is still upheld, the eggs being filled with sweets as well as a proverb, the latter a custom going back to the 17th Century.

The Icelandic Asatru association does not commemorate Easter but will be celebrating the beginning of summer on April 22nd, which is a school holiday. This is the first day of Harpa, the first month of summer, harking back to the time when there were six summer months and six winter months. Neither is very descriptive of Icelandic seasons.