Ryazan was one of the easternmost principalities of the Old Rus and hence one of the first to feel the Mongol fury. After resisting for about a week in 1237, the city was raised to the ground and apparently not a single inhabitant was left standing.

It perhaps comes as little surprise that some elected to bury their valuable possessions before the Mongols came. Russian archaeologists have unearthed a treasure including hryvna pendants, which could be used as both jewelry and currency, and from which the current Ukrainian currency derives its name.

What is more surprising is that the treasure seems to have been buried 100 years before the Mongol attack. So what were the inhabitants of Ryazan afraid of? Perhaps further research will shed further light. 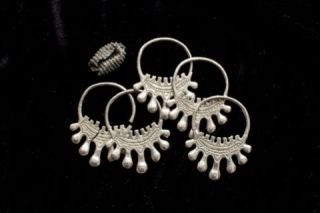